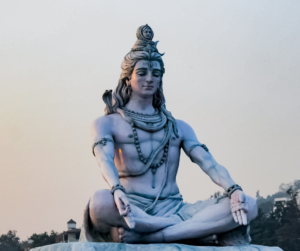 Ich muss zugeben, dass ich etwas skeptisch war, als ich zum ersten Mal von diesen Rishis und ihren Palmblättern hörte. I wasn’t closed to the idea, but I certainly wasn’t considering looking for my own palm leaf. But, as time went on and the confusion I felt about my life, direction, purpose, and financial situation became more and more pressing, I became curious.

Could knowing details about the unfolding of my life help me? Well, I was certainly open to finding out. I contacted My Palm Leaf and made an appointment for a reading. For the most part, I had no idea what to expect but there was a growing sense of intrigue, coupled with a willingness to probe into my skepticism and challenge the limits of my willingness to believe.

The day of my reading came and I felt unexpectedly nervous/excited and somewhat giddy. I was met by a very sweet Indian woman who did an amazing job of making me feel welcome. I also felt amused by the very endearing way that she kept referring to me as Mr. Kyle.

As I said, I wasn’t sure what to expect, yet the reading itself was not at all what I had expected! To be honest there was a lot of information. Upon watching the recording of the reading I was surprised by how much I had totally forgotten. One thing that stands out still to this day is the feeling of fascination and joy that I felt when they read both of my parents’ names off of the leaf and confirmed that it belonged to me.

By the end of the matching process, my skepticism had become a mild and rapidly fading sense of disbelief in the back of my pleasantly surprised and somewhat speechless mind.

The main bulk of the reading was interesting but the details it contained seemed somewhat far away or distant from the content of my life at that moment.

What really surprised and continues to impress me was the feeling of connection that followed from the reading. Later I described this to a friend as a clear but subtle sense of being plugged into a kind of source of inspiration and clarity. It’s hard to describe but the feeling was palpable.

In the weeks following the reading, I continued to sit with the echoes. I contemplated, allowed room for the remaining shreds of skepticism, and spoke with friends who had also had readings or were interested to have theirs.

What came again and again was the willingness to open to a sense of being held and guided by some kind of higher guidance. I’m usually pretty cautious to use this kind of language but I don’t know another way to express it. It really felt like there was some other presence ‘with’ me for the next couple of days. The insights that made it possible to describe this in words would just appear suddenly while I was walking somewhere.

Not being particularly devotional by nature I didn’t immediately feel drawn to the practice of the remedies (pujas and mantras). I wasn’t resistant in an obvious way, but it wasn’t at the front of my mind to begin them straight away. Plus I knew I was about to embark on a 3-6 month adventure in California. It was certainly not in the plan to carry candles, fruits, flowers, and framed pictures of several deities everywhere I went!

What attracted me to Remedies?

Fast forward a couple of months. I’m in northern California. I’m feeling very confused and very misaligned with my life. I’m going through a breakup several months in the making. Simultaneously I’m experiencing an excruciating disconnection from a dear, dear friend, who had in a way been a kind of lifeline on our crazy adventure over the last weeks and months.

One day out of a mild (or not so mild) desperation I was racking my brain, trying to figure out what I had missed. Why were things so out of whack? What might help me get it together again? Then ‘ping’. Pujas.

To be clear, I’m not suggesting that the difficulty was a result of not doing the pujas, nor was I expecting everything to be made better by magic. But, I was hoping that at least by committing myself to a process of practice over the course of several months, hopefully, there would be a sense of direction, something to lean into amongst the spinning.

On a beautiful Sunday, I started my Ganesha pujas. I was living pretty much in the woods at this point. I had no altar, save for a picture of Ganesha that I downloaded on my phone. I had no flowers, fruits, or candles available. I decided to do the entire puja in my mind’s eye.

I sat on a rock, balanced my phone against another rock with Ganesha on display, and began evoking the rishis. Opening to the quality of blessing and grace that had felt so clear in those moments following the initial reading.

After sitting some moments, opening to what/who/where ever it is that these rishis refer to (I think of the rishis not so much as people, whether they really were at some point or not, but as an energetic presence or frequency). I began evoking Ganesha, visualizing his elephant-headed form and joyfully abundant belly. I visualized the offering of candles (the light of my own attention), Incense (the perfume of my devotion/willingness to show up for the practice), Flowers (the blossoming of my efforts), Fruits (the echoes of the practice that would flow out into my life).

Then launched into the mantra recitation, attempting, (somewhat successfully), to keep the visualization alive as much as possible as I internally chanted. OM GAM GANAPATHAYE NAMAHA. 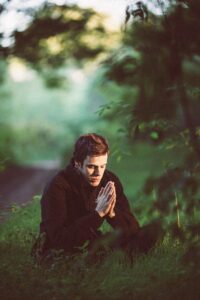 I’ve chanted that mantra thousands of times before in a casual way, or while attending some kind of kirtan event. But I never felt it so powerfully in my body as I did during that puja. There was a tangible sense of joy and enthusiasm welling up. I was contemplating Ganesha as I chanted, always curious to see if I could glimpse more clearly what this elephant man-god really represents.

Then it became very clear. At least for me at that moment Ganesha was an infectious, logic-defying sense of enthusiasm and optimism. The joyful optimism I began to feel cut through the dark cloud that was hanging around (it came back soon enough but it was a welcome reprieve).

At the end of the puja, I felt high. Certainly, the state I was experiencing was deeply altered. No cosmic oneness or flashy yogic state of awareness. But a definite sense of optimism, enthusiastic clarity, and confidence was present. The issues I had been facing seemed, at least for a while, easily meet-able.

That’s how Ganesha removes obstacles. (I had been wondering for a while what that was about!)

I would love to tell you that this happened every time that I practiced the prescribed remedies since then. I can’t quite say that. But, there has been a deeper enthusiasm and openness to this previous unfamiliar practice. There have been more insights about the other deities I was prescribed to practice with. There has also been a concerted effort to open to the presence generated by the mantra in the field of the body, rather than in the mind where I used to by default chant the mantra and watch for its effects.

I feel that my willingness paid off in the end. The practice of the remedies has been very inspiring and the willingness to open up to these things has brought a very welcome softening to the mind. 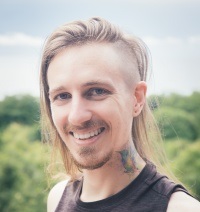 Kyle Brooks is our trusted blog writer. With many years of experience as a Hridaya teacher, he has a broad experience with and knowledge of spiritual topics. Kyle is a breathwork and meditation specialist.
PrevPrevious ArticleDie Praxis der Puja Teil?
PrevPrevious 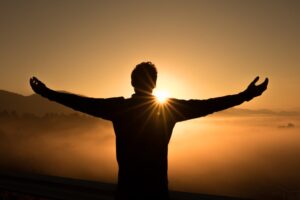 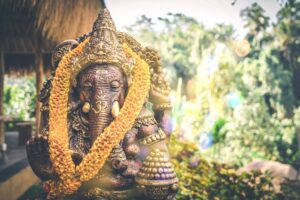 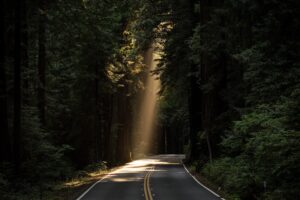