Well-versed and trained priests commonly perform Homam, a fire ceremony as per the Vedas.

A homam provides benefits for the welfare of the person who performs it, as per the procedure. Maharishi Thirumoolar explains various aspects and the importance of Homa in his book Thirumanthiram.

What is a Homam?

Homam is a fire ceremony with offerings, which may be in the form of grains, ghee, milk, incense, and seeds. The divine fire consumes the offerings and in turn brings positive vibrations, as per the mantras that are chanted while as this takes place. 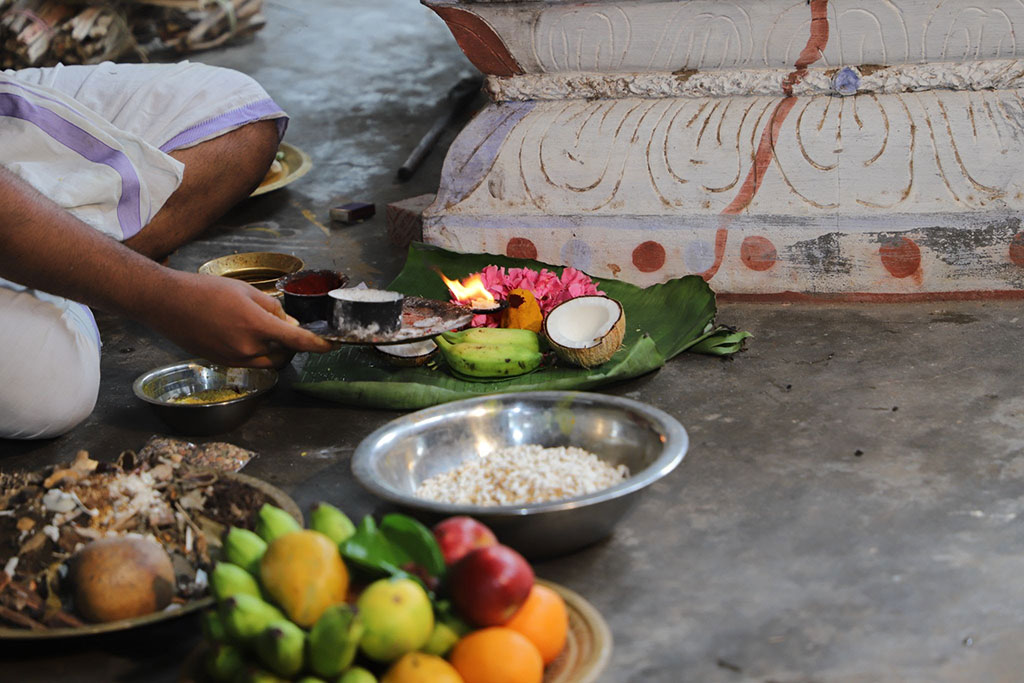 Maharishi Sri Thirumoolar is one of the Siddhars who received divine powers, who is assumed to have lived for many hundred years. His book, Thirumanthiram, is his exclusive spiritual work containing 3000 Tamil hymns, every single one of them being a treasure of information for the present generation.

The Thirumanthiram has a set of 10 hymns that explain the Homam from Maharishi Sri Thirumoolar’s point of view.

Let us look at these in more detail:

1.Homam, a desire: A priest who is well-trained and well-versed in Vedas will perform the Homam. They will put the ghee and any offerings into the divine fire, using a lot of focussed dedication and discipline. Using the chanting of mantras, along with offerings to the holy fire, the Vedic priest shares his desire for the welfare of people, the environment, and salvation (Moksha).

2. Charity and Homam: A homam is performed to heavenly angels as a way to attain Moksha, liberation or salvation. Donations and charity are mandatory in Homam.. As well as for a Homam, Thirumoolar says that charity and donations also need to be an integral part of human life.

3. Family life and Homam: A perfect Homam brings harmony, unity, and mutual understanding between a husband and wife, just like for Lord Shiva and Goddess Parvathi.

4. Human life and Homam: Chanting mantras and giving offerings in the early mornings and evenings, with donations, is a Homam for the activation of the energetic spiritual chakras inside the human body. Initially, a homam activates the Mooladhara chakra (Root chakra), bringing divine happiness. The opening and activation of this spiritual chakra invokes inner peace, resulting in people often feeling light in their mind and body.

5. Intuition and Homam: The divine fire of a homam creates and spreads a holy light to its surroundings. Anyone who absorbs this sacred light will invoke the light of Ajna chakra, the chakra at the forehead between the eyes. Thirumoolar says that the Ajna chakra will bring clarity to the person and rid them of the darkness inside.

6. Moksha (Salvation) and Homam: In a homam, the divine fire accepts various types of offerings (approximately 128 items). Thirumoolar states that as the fire consumes the offerings, the karmic impacts of human beings are destroyed along with them. Thirumoolar also says that the need to be reborn again (be reincarnated to have another life on earth) is sorrow. When the homam fire removes the karmic impacts, that leads the person to Moksha, liberation, salvation or a state of no rebirth.

7. Wealth and Homam: According to Thirumoolar, the greatest wealth available in human life is divine bliss. He also says that money, gold, or property are not true wealth, therefore people perform homam with the desire to attain divine bliss or Moksha. Through homam, people also can attain the wealth of happiness and divine blessings.

8. Lord Shiva, the chief head of Homam: According to Thirumoolar, Lord Shiva is the chief of homam. Having graceful divine firelight, he is head of indestructible divine bliss, enlightened bliss of the soul fire, and a tri light emitter from his 3 eyes. He also says that Lord Shiva spreads cool divine light all over the world. Thirumoolar states that homam is a disciplined penance, with Yogi (Lord Shiva) being the head of the disciplined penance priests.

9. Lord Shiva and Soul fire: Thirumoolar states that Lord Shiva resides inside the holy fire of the homam. In Hindu culture, after a person dies, their body is put into the fire, where Thirumoolar sees Lord Shiva in the flames. Just as threads are weaved into good clothing, karmic threads are cleared and the soul is strengthened via a Homam fire.

In conclusion, the holy divine homam fire rests a soul, leaving no karmic threads attached. The main benefit of homam is to free the soul from its heavy karmic impacts. 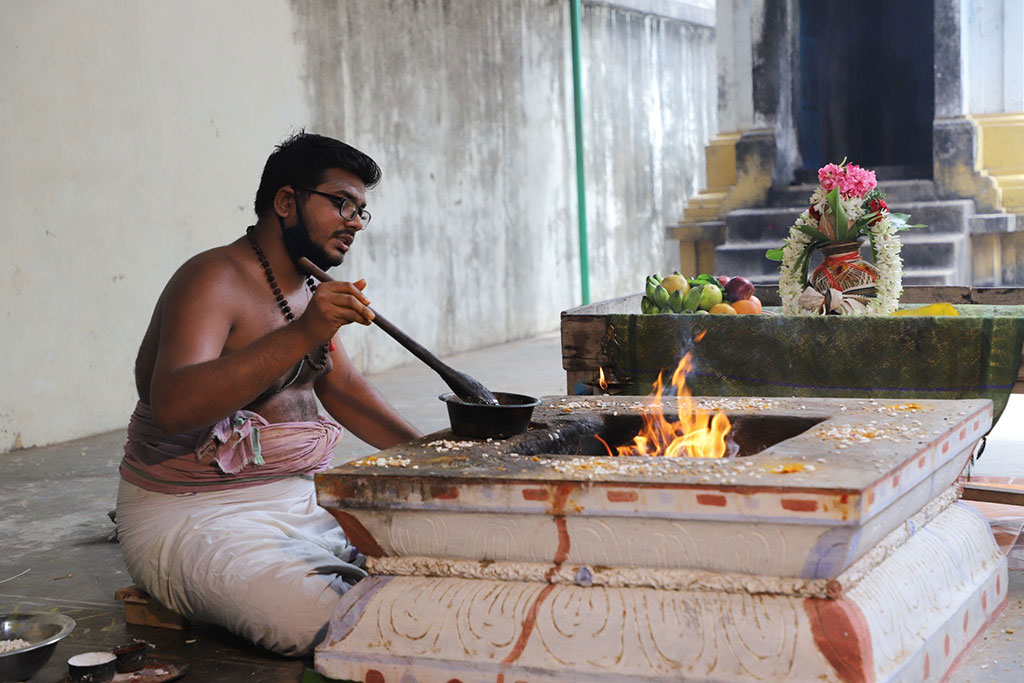 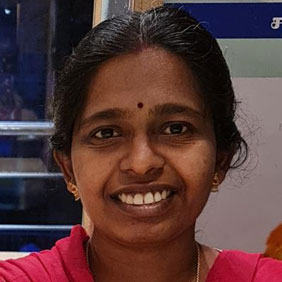 Akiladevi has from a young age been interested in spirituality and has been involved with palm readings for a long time. As part of our digital team, she is one of our blog writers from India.
PrevPrevious ArticleMaharishis and Nadi Astrology
Next ArticleInside My Palm Leaf with CEO and Founder, Stephan OesterreicherNext
PrevPrevious
NextNext 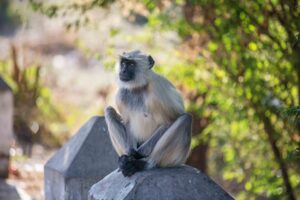 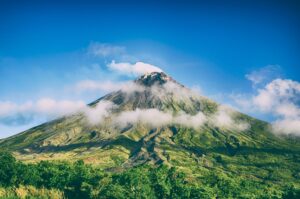 The life of Bhagavan Sri Ramana Maharshi is a stunning example