Answers to your most Common Questions

Is there a Palm Leaf for everybody?

No, not everybody has a Palm Leaf written for them. However, those people that feel a call to search for their leaf often have one waiting for them.

Who wrote the Palm Leaves?

According to the legend, the Palm Leaves were written many thousands of years ago by the “Rishis”, a group of sages that were much higher developed than human beings today. Their consciousness was much vaster and could process far more information. They also had a life span of many hundred to thousands of years.

Where are the Palm Leaves?

The Palm Leaves are stored in the Palm Leaf Libraries, which are located mainly in the south of India. There are also a few small libraries in the north of India, Sri Lanka and Bali.

How many Palm Leaves and Palm Leaf Libraries are there?

No one knows how many Palm Leaves or Libraries exist. There is no centralised system.

Who are the Palm Leaf readers?

How could the Rishis know and write about modern technology, names etc.?

The Palm Leaves were written in ancient Tamil, which is a very poetic language, that describes situations and objects.

It is the important role of the translator to transform these long poetic sentences into modern English. For example, the Palm Leaf might say: “The seeker is inventing music and remembers it in round objects” and the translator might say “You are a musician and have recorded CD’s”

Tamil is a sound based language. Therefore, deciphering western 21st century names is often an elaborate process. The reader reads the sounds of the symbols, and with the help of the translator and seeker, he identifies the name.

Why are there different formats of Palm Leaf readings?

The history of Nadi is a mixture of legend and mystery, that works in miraculous ways. It is said that the Palm Leaves were written by the Sapta Rishis, a group of 7 (sapta) sages (Rishis). Therefore, it is possible that one individual can have up to 7 different versions of his biography, one written by each of the Rishis. The main author of the Palm Leaves is the Rishi “Agastya”, though there are also different formats of Nadi, by the same author. The library are work with mainly does Readings from the Rishi “Agastya”, but also leaves from other Rishis are available on request.

Would it be better to come to a library in India in person?

The information received during a zoom Palm Leaf reading is delivered in the same way that you would receive it in person, at an authentic Palm Leaf Library in India. However, of course the entire journey of traveling to India, which is such a mystical place, to reveal your destiny is a beautiful pilgrimage also. If you are able travel to India to visit a library then of course that is ideal, but having the reading online, and in the moment you need it, is more beneficial than waiting for many years to go to India. When you follow your intuition, you will know when it is the right time for you.

What is the cost and what is included?

The cost for the search and identification of your leaf, the reading of the general chapter, and chapters 13 + 14 is 190 Euro. This includes the physical search for bundles that might contain your leaf in the libraries in India and the matching process with the reader, the translator and most often also a moderator. The search in the libraries can take many hours. The matching can take up to 6 hours (in most successful cases around 1.5 hours) and the reading of the general chapter and chapters 13 + 14 takes around 1-2h.

Translation into other languages is available and cost of 60 Euros.

If afterwards you would like to book additional chapters, the cost per chapter is 44-65 Euros. The reading of the chapters takes around 15-60 min. 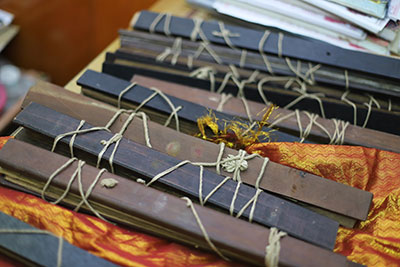 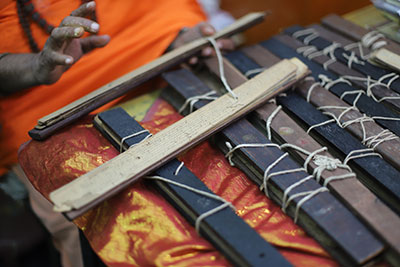 All you need to start searching for your Palm Leaf is your fingerprint.

If you need a translation into another language, we can arrange it for you.

If we can’t find your palm leaf within 3 matching dates, we will give you a full refund.

How long does the reading take?

On average the matching process & the reading take around 2.5 -3 hours.

However we can not say beforehand how long it will take, as it depends on when (or if) your leaf is found. Once your personal Palm Leaf is identified, the reading of the general chapter and chapters 13 + 14 will take around 1-2 hours.

Is it possible that my leaf can not be found?

Yes. It can happen that your leaf cannot be found. This is common and can have different reasons. It is possible that there is no leaf for you or it is also possible that it is not yet the right time for you. We make sure to thoroughly search for your leaf, and if it can not be found, we recommend you to wait at least 30 days and then initiate the search again.

How should I prepare for a reading?

Make sure that you are in a quiet, undisturbed place, with a good internet connection. Internally, we recommend you to be rested and approach the reading with a lot of respect and openness. A compassionate sage wrote your life prediction thousands of years ago, which has been preserved over many generations to be read to you today. It is truly a special event and the more aware of it you are, the deeper the effects can sink in.

Will I be told when I die?

When your Palm Leaf is found, you will first have the reading of the general chapter which doesn’t contain your date or reason of death. However, if you want to know the date of your death, you can book the reading of your chapter 8 after your leaf has been identified. Chapter 8 contains the date and reason of your death and if you wish to know it, it can be revealed. 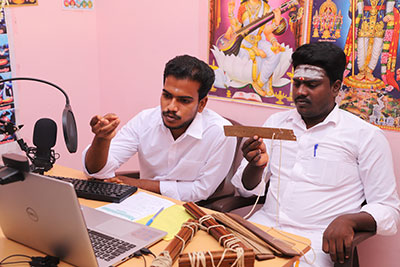 What are the remedies?

The main purpose of the Palm Leaves is to offer guidance to the seeker, by giving a wider perspective on his or her life and to offer tools to improve ones life path experience, in the form of remedies. The Rishis could see what kind of Karma an individual would carry, that would create likely obstacles in their life. They also saw what kind of tools would be helpful to transform this Karma or shield the seeker from its most harmful effects. Mostly the chapters 13 + 14 speak about old Karma and offer solutions in the form of remedies. These remedies can be simple actions like donating money to a certain cause, feeding an animal, giving clothes to a poor person or pilgrimages to sacred places or specific practices or rituals.

The word “Karma” translates as “Action”. Every action of body, speech and mind that we have ever committed has an energetic impact in the universe as well as in our own energy field. Our energy field basically consists of a very complex combination of all of our previous actions across countless lifetimes. According to the multidimensional frequency of our energy field, we attract certain experiences in our life.

How do the remedies work?

Everything in the universe consists of energy. We are a complex energy field and based on its frequencies, we attract certain experiences. The Rishis could see and predict which of our past actions created certain frequencies and what likely outcome they would have. They also saw and predicted what kind of action or spiritual practice would invoke the very specific energy that would transform or balance that harmful frequency. Therefore, the remedies are very specific energetic medicines to transform and balance our Karma.

What is a Mantra?

A Mantra is a sound vibration, in the Sanskrit language, that invokes and carries a specific frequency and energy. By chanting a mantra either out loud or internally, we can invoke different energies of specific vibrations.

What is a Yantra?

What is a Pooja?

What is a Homa?

A Homa is more complex and powerful pooja in the form of a fire ceremony, to honour and invoke different deities and invite their blessings into the life of the person for whom the Homa is held.

The practice of Japa is the Sadhana (spiritual practice) of continuously chanting a specific Mantra, like for example “Om Namah Shivaya”. Doing a daily Japa practice help to cleanse and focus the mind. It can also be done for someone else to bless this person with a specific energy. 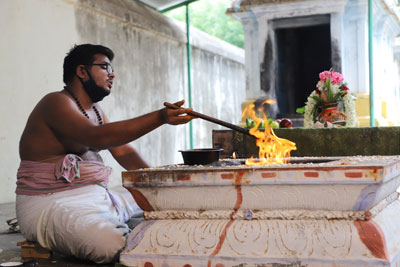 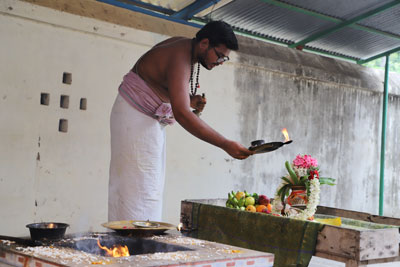 HERE YOU CAN PRAY FOR YOURSELF AND YOUR LOVED ONES FROM THE TIBETAN MONKS OF KOPAN MONASTERY IN NEPAL. APPLY FOR 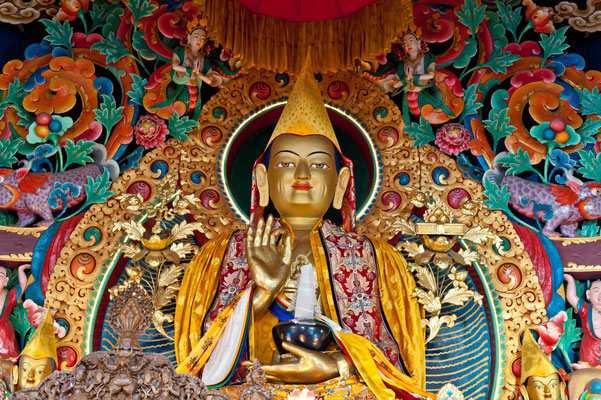 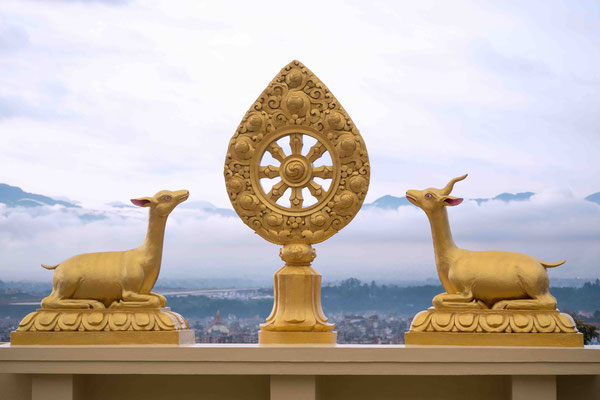 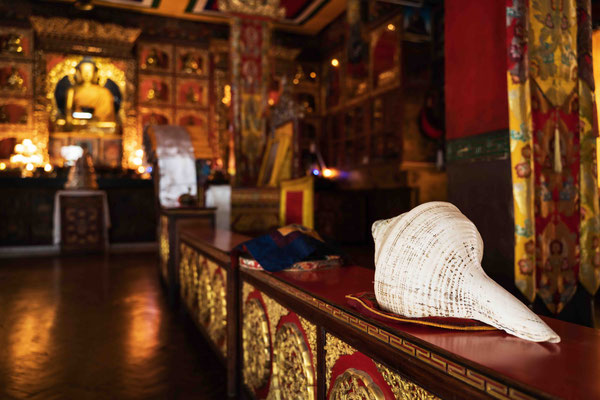 The monks of the Tibetan monastery “Kopan” in Nepal pray daily for the well-being of all beings. They also pray for people who would like to be prayed for. So if you would like the monks to include you or a loved one in their prayers, please enter your request here.